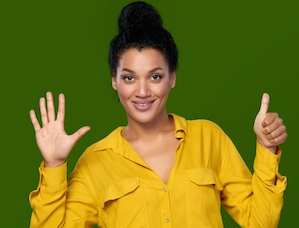 I’m often asked by donors how many cycles they are allowed to do and the answer is always six. But where did that number come from? Did we make it up? Can they go somewhere else and do more?

The American Society for Reproductive Medicine (ASRM) has set the industry limitation at six cycles per egg donor in her lifetime, not per clinic. Once she has completed six cycles, she is not eligible to donate at another facility or for another recipient. There are two main reasons for this limitation on egg donors. One is health risks to the donor and the other is inadvertent consanguinity.

The process of being an egg donor is fairly new, with the first baby conceived from an egg donation being born in 1984. A lot of studies have been done since then on egg donors, and although none of them show any long-term effect on egg donors, there are still risks to her. There is always a risk of infection, ovarian hyperstimulation syndrome (OHSS), risks associated with anesthesia, etc. and a donor’s well-being is crucial.

Per the ASRM in a recently published article on repetitive oocyte donation, “Recently published data have not demonstrated an association between the use of ovulation-inducing agents and ovarian cancer, although definitive conclusions await further follow-up.” In fact, all studies to this point have shown no long-term effects on a donor’s own fertility, her future menses, or when she will undergo menopause. We do, however, still want to limit the number of donations she does in order to lessen the short-term risks on her body.

Inadvertent consanguinity occurs when any resulting child of a successful egg donation cycle might be unaware of their genetic heritage and could potentially marry and procreate with someone who is their genetic half-sibling. There are limitations set forth by the ASRM that include an arbitrary limit of no more than 25 pregnancies per (sperm or egg) donor in a population of 800,000 in order to minimize the risks of consanguinity. Some couples may not disclose to their children that this was how they were conceived, and this must be accounted for while making these limitations.

There is a possibility that the number of times a woman is able to donate her eggs will change in the future, dependant on findings from future studies or advances in the fields of medicine and fertility. For now however, the magic number is six and we abide by it.

InVia Fertility Specialists has an in-house donor program and we appreciate each and every applicant who participates in our program. Learn more about our egg donor program or click here to make an appointment.

Vicki Meagher has worked with InVia Fertility Specialists since 2006. She is our Third Party Coordinator, so she works with our patients that need an egg donor, sperm donor, gestational surrogate, or any combination of the above. She recruits and screens the egg donors for our in-house donor program as well. She loves working with intended parents and is passionate about third party reproduction and the important role it plays in helping patients achieve their dream of starting or extending their family. She is a member of SEEDS - the Society for Ethics for Egg Donation and Surrogacy.

The Optimal Age for Egg Freezing

Donor Recipients: A Visit With the Mental Health Professional

How to Get the Most from Your Initial Fertility Consultation