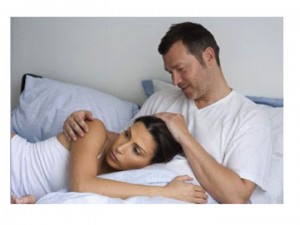 You may have heard the term “test tube baby”. Experiments that involve the use of tissue outside the body are often performed in glass containers such as test tubes. So “test tube baby” was an early way of describing IVF. However, these days fertilization actually takes place in a small dish rather than a test tube.

The first test tube baby, Louise Brown, was born in 1978 in England. The process of IVF was very different then. Women often had to spend two to three weeks as inpatients at a clinic. They had to give urine samples every three hours around the clock, because this was the only way that doctors could check their hormone levels. When the hormone surge indicated ovulation, the eggs had to be collected exactly 26 hours later. That meant that the medical team would often have to get up in the middle of the night to harvest a woman’s eggs.

Steps of In Vitro Fertilization

Thankfully, research has made the current IVF process much easier. Now, medications are used to stimulate the ovaries to produce multiple eggs (A) which increases the chances for a successful pregnancy. The monitoring of hormone levels is done through blood draws rather than urine, and ultrasound allows for visualization of developing egg follicles. When a patient is ready to have her egg retrieval (B), another injection triggers ovulation at a specific time so that this procedure can be done at a designated appointment instead of randomly at any time of the day or night.

The egg is then fertilized with sperm in the laboratory (C). The fertilized egg (referred to as an embryo) is allowed to grow for two to six days under special conditions in an incubator in the lab. It is then transferred back into the mother’s uterus using ultrasound guidance (D).

The first research into in vitro fertilization was started in 1930 using rabbits. It took nearly 50 years before this approach led to the birth of the first IVF baby. It is due the determination of many researchers and their patients, that only 35 years later, over 5,000,000 IVF babies have been born throughout the world.