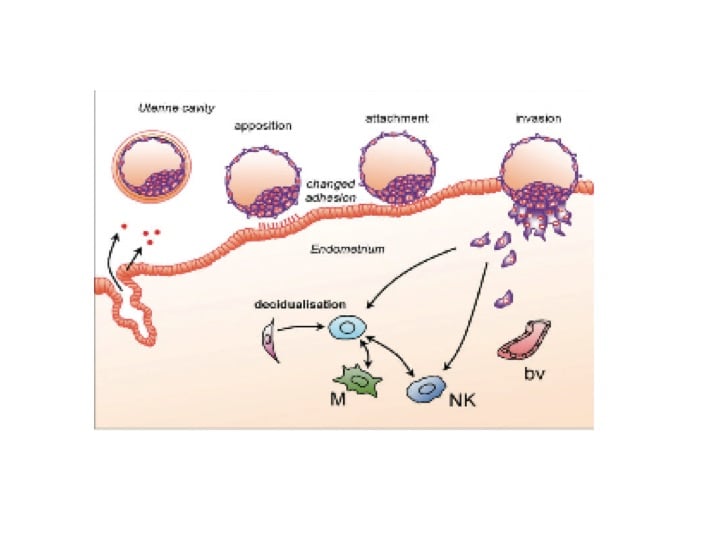 Semen analysis remains the cornerstone of the laboratory evaluation of the male partner. I have previously written on “Evaluating Sperm by Performing a Semen Analysis”. However, in 2010 the the World Health Organization (WHO) has published new criteria defining the lower limits of the accepted reference values for semen analysis. These merit further discussion.

The recommended pre-test abstinence interval is two to five days. Interestingly, some men with low sperm counts can have equal or better sperm concentration with a short (hours) period of abstinence! We therefore will sometimes have these men produce more than one sample hours apart. Semen can be collected by masturbation into a specimen cup or by intercourse using special semen collection condoms that do not contain substances toxic to sperm. Ideally, the specimen should be collected at the laboratory. If collected at home, the specimen should be kept at room or body temperature during transport and examined in the laboratory within one hour of collection.

These are the new lower limits of the accepted reference values. 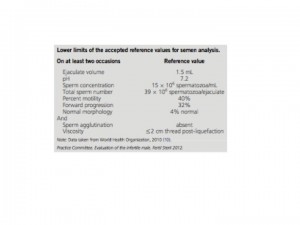 The current WHO criteria for evaluating shape of the sperm (morphology) are similar to the ‘‘strict criteria’’ described by Kruger (Tygerberg) in that relatively few sperm are classified as having normal morphology, even in semen obtained from fertile men. Strict sperm morphology has been used to identify couples at risk for poor or failed fertilization using standard in vitro fertilization (IVF) techniques and thus to identify those who may be candidates for intracytoplasmic sperm injection (ICSI).

So what’s the new “normal”?

The new criteria establish “clinical reference ranges” for sperm count (concentration), motility, and morphology to help classify men as fertile or sub-fertile. The semen parameters of men with documented fertility have been compared to those of infertile men among couples participating in a clinical trial of superovulation and intrauterine insemination (IUI).

Fertile males generally have a sperm count greater than 48 million/mL, sperm motility greater than 63%, and sperm morphology greater than 12% normal (strict criteria). Sub fertile males have a sperm count less than 13.5 million sperm/ mL, sperm motility less than 32%, and sperm morphology less than 9% normal. Values between the fertile and subfertile thresholds were considered ‘‘indeterminate’’. Although each sperm parameter could predict fertility and subfertility, none was a powerful discriminator.

It is important to emphasize that normal reference values for semen parameters do not reflect normal sperm concentration in the general population, nor do they equate with the minimum values required for conception; men with semen variables outside the reference ranges may be fertile and, conversely, men having values within the reference range still may be infertile.