Can I Use My AMH Levels as a “Fertility Test” If I DON'T Want to Get Pregnant? 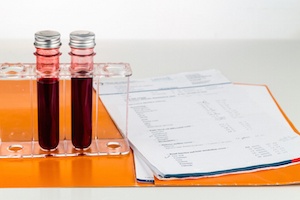 Ovarian reserve is a term that is used to determine the capacity of the ovary to provide egg cells that are capable of fertilization resulting in a healthy and successful pregnancy. Cycle day-3 follicle stimulating hormone (FSH) and anti-mullerian hormone (AMH) levels are routinely used to evaluate ovarian reserve in infertile women.

FSH levels predict egg “quality” and increase (> 10 mIU/mL) in women with diminished ovarian reserve (DOR). AMH levels, on the other hand, predict the ”number” of eggs that a woman will produce during ovarian stimulation for in-vitro fertilization (IVF). An AMH level < 0.7 ng/mL is consistent with a diagnosis of DOR. A combination of FSH and AMH levels is an excellent measure of ovarian reserve in infertile patients.

Of late, women who are not planning to get pregnant have obtained tests to use these levels as a “fertility test”. For example, Mrs. Smith is a 32-year-old with a two-year-old son who is using barrier contraception. She is not quite ready to have another child, but requests ovarian reserve testing from her Ob-Gyn doctor based on something she has read on the internet.

The question is: Are ovarian reserve tests useful as a “fertility test” in women who are not planning to get pregnant? What should be done if Mrs. Smith has a low AMH level? Should she try to get pregnant immediately? Should she freeze her eggs?

This very issue was addressed by a group of researchers from the University of North Carolina in a 2017 study called "Association Between Biomarkers of Ovarian Reserve and Infertility Among Older Women of Reproductive Age". Researchers studied 750 women aged 30 to 44 years from 2008 – 2016. These women did not have a history of infertility and were trying to conceive for 3 months or less. The mean age was 33.3 (+3.2) years, the participants were 77% white; 36% were overweight or obese. These women had their FSH and AMH levels evaluated and were then followed up for pregnancy. The results were interesting.

The authors conclude that AMH and FSH levels should not be used to assess natural fertility for women aged 30 – 44 years.

An Unnecessary Test for Fertile Patients

So, Mrs. Smith should really NOT have checked her FSH and AMH level. These tests do NOT predict fertility. If the AMH level is low, my suggestion would be either do nothing or have a vaginal ultrasound to check her antral follicle count (2 – 5 mm diameter small dark circular structures seen in the ovary).

If the ovarian volume and antral follicle count are normal, there is nothing to worry about. If the ovaries are small, she should consult with a board-certified REI.

Elective egg freezing is also not indicated in her case unless she was not planning on having another baby for a long time. In that case, egg freezing would be an excellent option.

Can You Lower My FSH Level?

Getting Pregnant at 44: What are the Chances and Options?