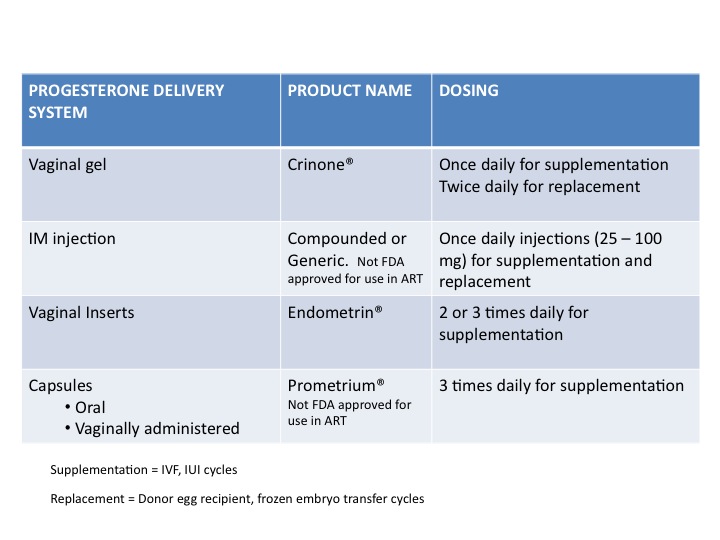 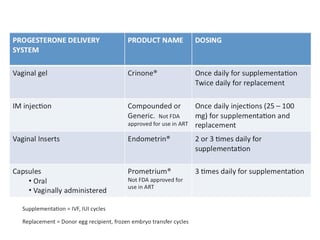 I have written previously on the role of progesterone (P) and the various methods of administering P. Historically, during the early days of IVF, P was administered exclusively via intramuscular (IM) injections. These involved a long needle that was used to deliver the medication in the buttocks.

Also, P only dissolves in oil (peanut, olive, ethyl-oleate etc) and repeated injections were painful and sometimes resulted in sterile abscesses. Patients also had allergic reactions to the oil. This was a nightmare for patients as these daily injections were sometimes continued for 8 – 10 weeks!

At that time, this was the only type of P that was available. All this changed about 1977 when Soules et al. first reported on the use of vaginal P. Over the past decade several studies have confirmed that the vaginal route indeed works and the pregnancy rates are comparable with those attained with IM injections.

Here are the Top 10 facts about vaginal P and assisted reproductive technologies (ART).

Progesterone is a hormone that is necessary for pregnancy. At InVia Fertility Specialists we have been using vaginal P for more than a decade. Now you can see why!

Will I Have Trouble Getting Pregnant with a Low AMH Level?