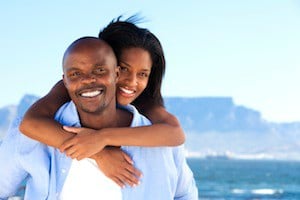 White blood cells are an essential part of the immune system. They fight off invading bacteria and infections. They are produced in our bone marrow and move throughout the bloodstream. When an area becomes infected, WBC count increases and begins attacking this area in aims of resuming the body’s health.

Should white blood cells in semen cause concern?

When white blood cells are detected in a semen analysis it raises concern because it may indicate a genital tract infection. If it is not treated, there can be damage to the testis. Additional damage can be caused by the white blood cells because they produce superoxide radicals, which damage the sperm, along with its DNA. This damage can also affect the sperms ability to fertilize an oocyte. 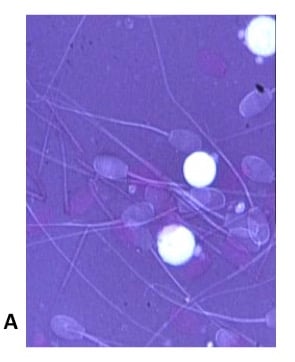 How do white blood cells look compared to other cells?

Now looking at photograph B you can tell the difference between the insignificant cell on the left and the white blood cell on the right:

How is an increase in white blood cells treated? 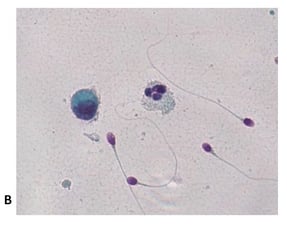 Treatment typically involves the use of antibiotics and any non-steroidal anti-inflammatory medications. Often time’s doxycycline or ciprofloxacin can be prescribed by your physician. Treating with an antibiotic is recommended especially when the presence of WBC's is accompanied by decreased motility.

DayPro 1,200 mg daily orally for two weeks along with food can be used if inflammation is suspected.

What else can be done?

There are other things men can do on their own to try to eliminate or reduce the amount of white blood cells:

What additional tests can be performed?

A competent andrology laboratory can reliably distinguish between white blood cells and other insignificant cells.

To see a fertility specialist that offers a complete range of andrology services, schedule an appointment at one of InVia's four Chicago area fertility clinics.