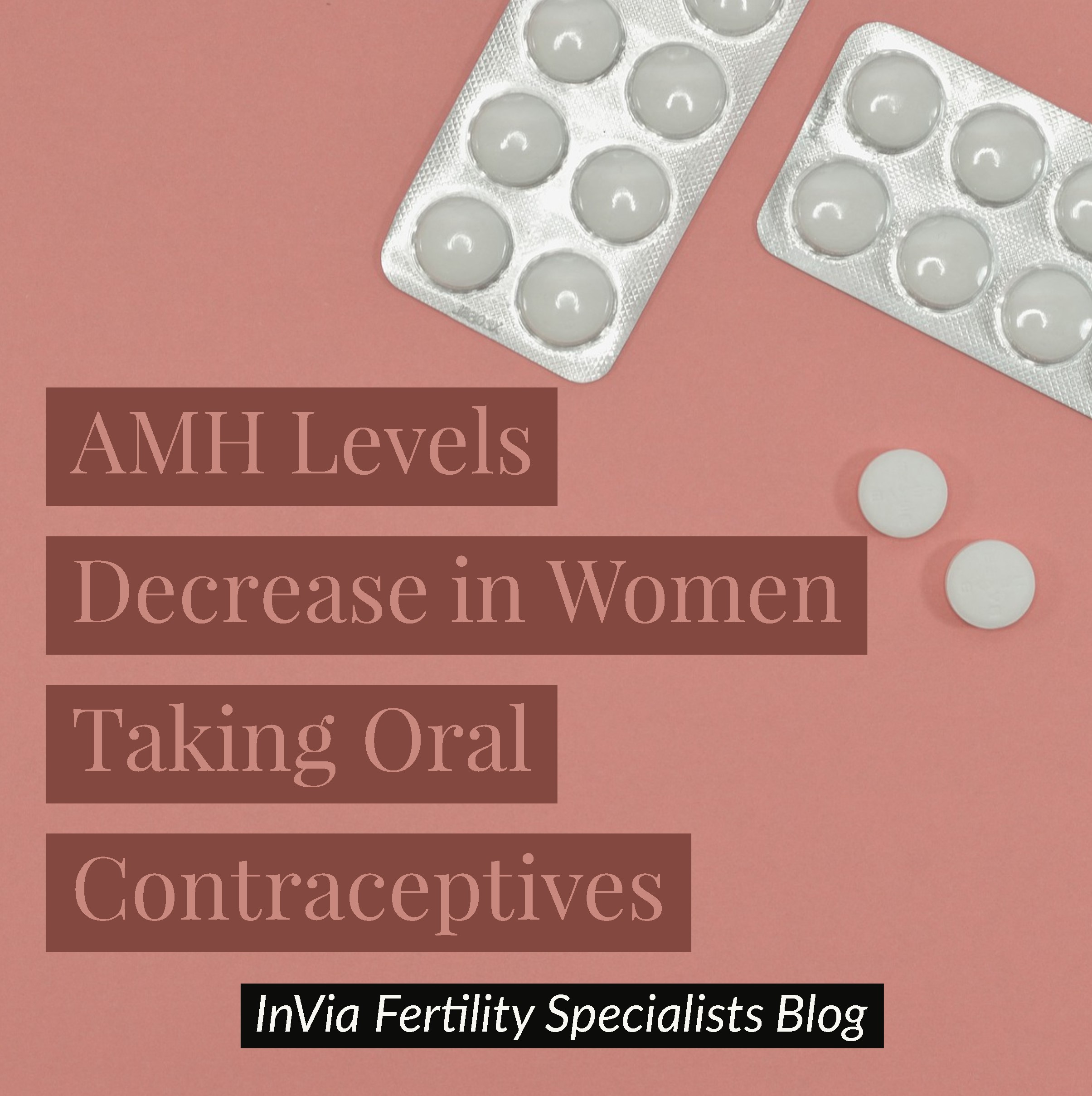 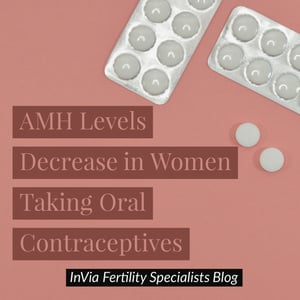 An anti-mullerian hormone (AMH) level is a test now routinely used to evaluate ovarian reserve. AMH levels were believed to NOT vary during the menstrual cycle and can be drawn any time.

In a recent blog I had presented data which suggest that AMH levels in fact DO vary! AMH levels are also not supposed to be influenced by the use of birth control pills. A recent study from Finland suggests that this may not be true either.

AMH is secreted by the (granulosa) cells surrounding growing follicles mainly up to 4-6 mm. The granulosa cell mass of these follicles is higher than in follicles in preceding phases and may contribute significantly to the overall secretion of AMH. Oral contraceptives reduce the effect of FSH and thus inhibit the growth of follicles, mainly in the antral stage (see illustration). In addition, the marked decline in serum AMH levels suggests that the continuous use of combined contraceptives inhibits the early phase of FSH-dependent follicular development and perhaps also to some extent follicular growth in preceding stages.

Should I Worry if My AMH is Low While on the Pill?

From a practical viewpoint, what does this mean? My previous blog on AMH level testing has attracted more than 100 questions. Some of these were from concerned young, healthy women who were not even trying to get pregnant and were on birth control pills. They had a random AMH level drawn, which turned out to be low. One was even advised by her (well meaning) gynecologist to pursue freezing her eggs as she was going to be menopausal soon!

This paper basically suggests that the low AMH level may have been secondary to oral contraceptive use – so, there is no need to worry! Programs screening potential anonymous egg donors may risk rejecting otherwise excellent donors if the AMH level is checked when the donor has been on oral contraceptives for a while.