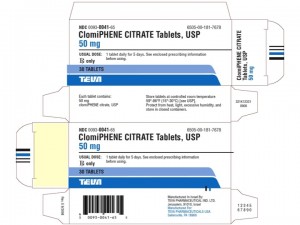 Clomiphene citrate (CC), marketed, as Clomid or Serophene, is the most commonly used drug for ovulation induction. It was first synthesized in 1956 and was approved for clinical use in the United States by the Food and Drug Administration in 1967. Here are the Top 10 facts about CC.

A recent pooled analysis of eight case-control studies concluded that neither fertility drug use nor use for more than 12 months was associated with invasive ovarian cancer. Patients with concerns should be counseled that no causal relationship between ovulation inducing drugs and ovarian cancer has been established and no change in prescribing practices is warranted. In any case, prolonged treatment with CC is generally futile and should therefore be avoided.

To see a fertility specialist with decades of experience diagnosing and treating infertility, make an appointment at one of InVia’s four Chicago area fertility clinics.