Marijuana and Fertility: What Are the Effects? 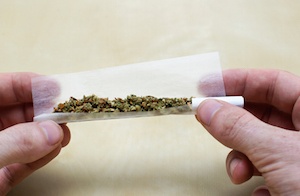 As with smoking cigarettes, there's a connection between marijuana and fertility, and it's not a good one. Use of marijuana has a negative impact on trying to conceive, for both male and female users, for daily and occasional users alike.

Marijuana and Fertility in Males

In males, marijuana use can decrease sperm count and additionally lower the amount of seminal fluid. Some research has also shown that testosterone levels in males has been decreased, which affects the sperm.

Normally, for fertilization to occur, sperm are released into the female body and swim to meet the egg. Once the sperm reach the egg they become hyperactive in order to become fertilized.

In a marijuana user, the sperm don't perform in this way. Studies have shown that sperm in mice who have been exposed to marijuana move very quickly and become hyperactive at the early stages of swimming to the egg. But by the time they meet the egg, they've become weak and die out because they are running out of energy before the process of fertilization can occur.

Marijuana and Fertility in Females

In regards to female marijuana users, their cycles have been shown to be disrupted, resulting in abnormal ovulation patterns. THC (Tetrahydrocannabinol), the active ingredient in marijuana, appears in the reproductive organs and vaginal fluid of women who smoke it. Its presence in the vaginal fluid can have a negative impact on sperm, even if the male is not the marijuana user.

Additionally, marijuana use can affect the implantation of an embryo, as well as increase chances of miscarriage, regardless of whether the woman smoked daily, occasionally, or had recently quit. Consequently, if one or both partners are marijuana users, there is a greater chance of infertility for the couple.

To see a fertility specialist who is a board-certified physician with high success rates, make an appointment at one of InVia’s four Chicago area fertility clinics.

Deanna graduated as a medical assistant from First Institute and joined the team of InVia in April 2012. For 2 years prior to working here, she was a nursing assistant. Deanna enjoys working with patients and providing them with excellent care. At InVia, she continues to enjoy helping couples pursue their dream of having a healthy, happy, and growing family.