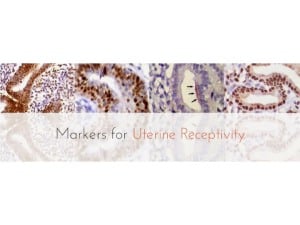 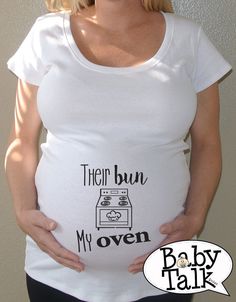 If you want to use a surrogate, we can help you with the entire process-- and thanks to our location in Chicago, we are also able to offer a favorable legal environment as well as a supportive clinical environment. Illinois is one of the most patient-friendly states for those seeking to use a surrogate to complete their families.

In this post, we'll look at definitions of surrogacy and explain some of the main points of the Illinois Gestational Surrogacy Act, as well as an overview of how surrogacy works.

In a gestational surrogacy, the surrogate mother has no biological connection to the baby she will be carrying. She will have an embryo transferred into her created with another woman's eggs, and would then carry the pregnancy to term.

There are many reasons that a couple will elect to use a gestational surrogate to help them achieve their pregnancy. The female intended parent may have a uterine problem that prevents her from carrying a pregnancy, she may have had to have her uterus removed for medical reasons, or may have another condition, such as heart disease, that makes pregnancy life-threatening for her. Same-sex male couples wanting to have a biologically related child also seek out gestational surrogates to help them achieve a pregnancy.

It is hard to know at this time how many gestational surrogacy cycles have been completed, and how many babies have been born from these cycles as reports to The Society for Assisted Reproduction (SART) are not absolutely complete. What we do know, is that of the information reported, there seems to be an increase in gestational surrogacy. Currently, the best estimate is that about 750 children in the US per year are born to surrogate mothers.

In 2005, the state of Illinois passed the Illinois Gestational Surrogacy Act. This Act has established consistent standards and procedural safeguards for the protection of all parties involved in a gestational surrogacy contract in the state of Illinois, and to confirm the legal status of children born as a result of these contracts.

This Act has removed the courts from the surrogacy process and left all the details to be worked out and explained in legal contracts between the intended parents and the surrogate mother drawn up by an attorney in the state of Illinois specializing in family law.

This contract, along with certified statements of consent, detail the rights of parentage of the newborn and are to also be signed by a licensed and practicing Illinois physician. This will then grant immediate parentage rights to the intended parents and both of their names will be put onto the child’s birth certificate immediately upon birth. The surrogate mother is then unable to later decide to seek custody of the child down the line.

The Illinois Gestational Surrogacy Act does not mention anything about lesbian, gay, bisexual, or transgender (LGBT) individuals and/or couples; therefore there is no indication that LGBT couples would be prevented from being protected under the Act. Illinois Appellate Court has already granted joint adoption for same-sex couples and also given permission for individuals to adopt the children of their same-sex partner, giving the assumption that Illinois would also uphold a surrogacy agreement involving LGBT individuals and/or couples.

Some important facts for intended parents to know about the llinois Gestational Surrogacy Act are that:

The intended parents can purchase insurance for their surrogate-- this should be outlined in the gestational surrogacy contract both parties draw up before beginning the pregnancy.

A Brief Explanation of Surrogacy

After a contract is in place, the baby-making begins. That's where we step in. We would work with the surrogate mother, starting her on estrogen to ensure her uterus is as receptive to an embryo as it can possibly be. This would be followed by progesterone support.

Do you want to learn more about pursuing pregnancy via surrogacy in Illinois? We have significant experience helping couples of all types achieve their dreams with the help of a surrogate. Contact us today!

Vicki Meagher has worked with InVia Fertility Specialists since 2006. She is our Third Party Coordinator, so she works with our patients that need an egg donor, sperm donor, gestational surrogate, or any combination of the above. She recruits and screens the egg donors for our in-house donor program as well. She loves working with intended parents and is passionate about third party reproduction and the important role it plays in helping patients achieve their dream of starting or extending their family. She is a member of SEEDS - the Society for Ethics for Egg Donation and Surrogacy.

Will I Have Trouble Getting Pregnant with a Low AMH Level?