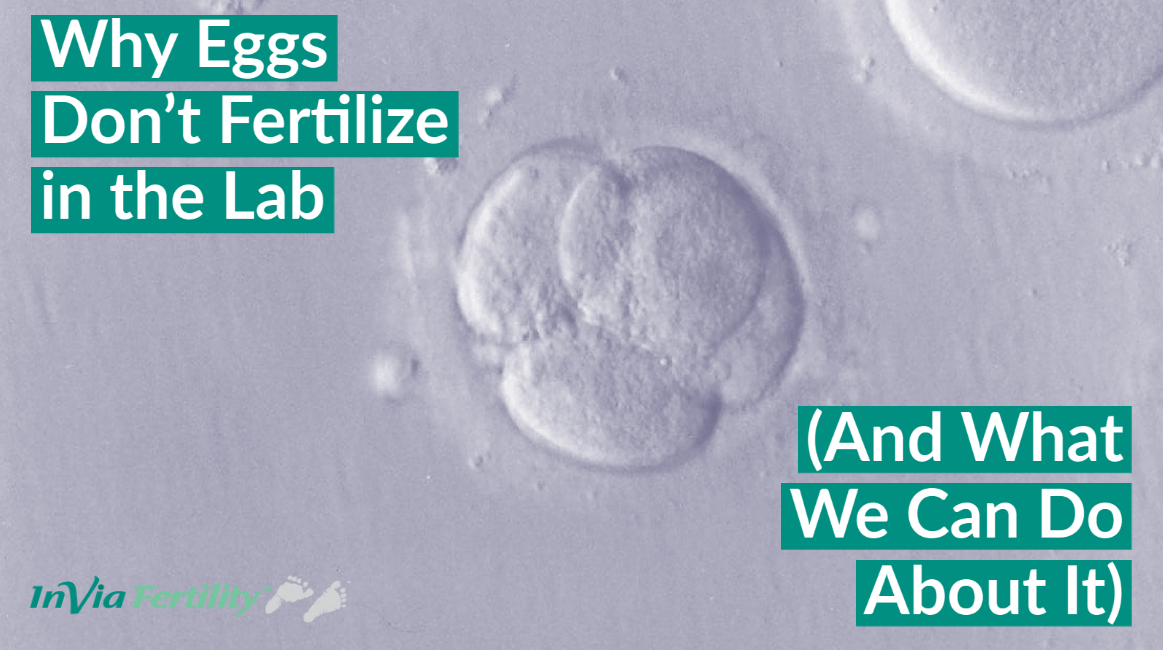 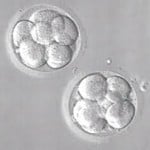 One of the hardest parts of being an embryologist is having to tell a patient that, after all their hard work getting their eggs ready for retrieval, there is nothing good to report the next morning when we check the eggs for fertilization. Hopefully this never happens to you.

But there are times when we have to make that unfortunate call to patients waiting to hear about fertilization. While we expect, statistically speaking, about 75% of mature eggs to fertilize, sometimes it happens where none fertilize, despite all of our best efforts in the lab. Why does this happen? And more importantly, is there anything that can be done after the fact?

If the eggs were naturally inseminated, meaning sperm and egg were put together in their culture drop and we allowed nature to take its course, we can tell if the sperm are still swimming well or if their motility has decreased, and also if the sperm was able to bind to the egg. If there is no sperm/egg binding, that is a sign that sperm and egg failed to recognize each other and ICSI (intra-cytoplasmic sperm injection, where we place a sperm directly into the egg) may be indicated in any subsequent cycles to avoid this in the future.

Rescue ICSI, doing ICSI the day after retrieval on those eggs that failed to fertilize, can be employed if the eggs were naturally inseminated, sperm binding was poor, and no eggs fertilized. If there were some that did fertilize successfully, it is impossible to determine whether sperm entry was the problem or if there isn’t a sperm cell already inside the egg. We also like to see an egg that has only one polar body, telling us this egg is mature, but unfertilized (fertilized eggs typically have two polar bodies).

These two criteria give us some confidence that no sperm are already in the eggs we plan to inject. However, it is a tough call to make because we have no way of knowing if fertilization will occur once we do the rescue ICSI. In addition, we do need to freeze all of the viable blastocysts that result from a rescue ICSI cycle for use later in a frozen embryo transfer (FET). This is due to endometrial lining issues; we do not want to transfer embryos into a lining that will be sub-optimal.

If ICSI is used as the primary mode of fertilization and no eggs fertilize, rescue ICSI is not an option. Unfortunately, there are not many options if failed fertilization occurs after ICSI. You can’t inject another sperm because a sperm has already been injected.

Assuming the reason behind failed fertilization after ICSI is not a technical one, there are a few factors that could explain the lack of fertilization:

Having a cycle where there was complete fertilization failure does not have to be the end of your journey to conceive. Just because it happens once does not mean that it will happen again. Perhaps varying the cycle stimulation the next time will produce more mature eggs or a larger numbers of eggs. Sperm may also be better the next go-around.

While emotionally taxing to experience, there are plenty of patients who have gone on to achieve viable pregnancies in a subsequent cycle after failed fertilization.