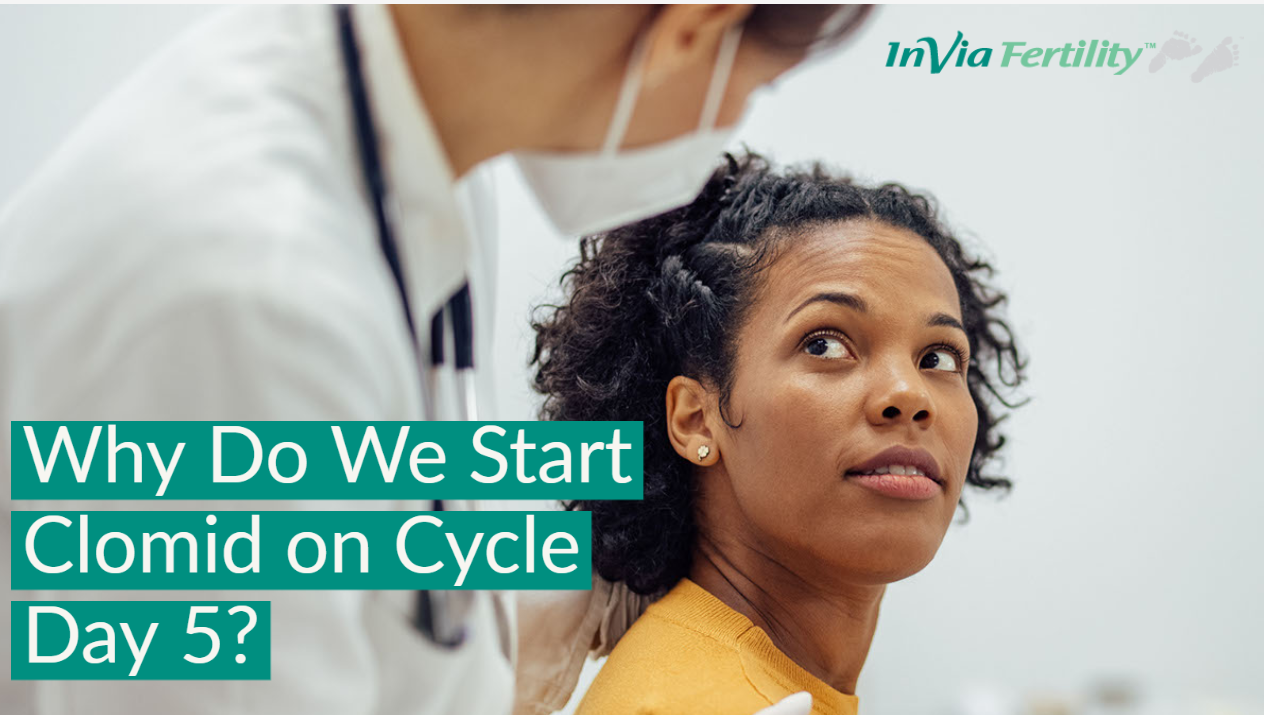 Clomiphene citrate (Clomid, Serophene) is a common medication used to treat infertility. It has been used in the United States since 1967. In patients that do not ovulate, clomiphene citrate is used to make them ovulate (ovulation induction). In patients that do ovulate (unexplained infertility), it can be used to induce the growth of multiple follicles (superovulation). It is often used as a first-line treatment since it has few side effects. The usual starting dose is from 50 – 150 mg. However, sometimes the starting dose can be as low as 25 mg or as high as 250 mg.

Clomiphene citrate is generally taken orally daily starting on cycle day-5 for five days (days 5 – 9 of cycle). About 5-12 days after the last dose of clomiphene citrate is taken, a woman can expect an LH surge, which signifies a subsequent ovulation. The physician will monitor the patient during this time or have the woman use an at-home ovulation predictor kit. This was to either prepare for timed intercourse or an insemination procedure.

Why is day-5 the magic number?

Is it that important to start it on that day? What happens if clomiphene citrate is started earlier or later? Read on.

Typically a woman’s ovaries recruit a “dominant” follicle early in her cycle (days 5 – 7 of the cycle). This is the follicle that will subsequently grow to a size of 16 – 22 mm and ovulate. Once the “dominant” follicle is selected, other follicles will not grow.

If clomiphene citrate is started after day-5, it will not be effective in selecting multiple follicles since by that time a dominant follicle will already been selected.

When clomiphene citrate is started on day- 5, it is just in time to stimulate the recruitment of multiple follicles.

If a woman starts Clomid earlier than day 5, it is possible to stimulate multiple ‘dominant follicles’, which may result (theoretically) in a higher incidence of multiple gestation pregnancies. While some physicians may choose to begin Clomid on days 2, 3, or 4, there is not a significant increase in pregnancy rates.

However, from a nursing perspective, it is much more convenient to start clomiphene citrate on day-5. It gives time for the patient to come in for a baseline ultrasound (to confirm there are no cysts) and bloods (at InVia Fertility Specialists we like the estradiol level to be less than 100 pg/mL).

Katie Coss graduated from Northern Illinois University in 2002 with her Bachelor of Science in Nursing degree. She started working at InVia in Sept 2011 after almost 9 years of working as a Labor and Delivery RN. She nad her husband conceived their second son through IVF and she always remembers thinking she wanted to take care of other people going through the same thing.

Understanding Progesterone, the Hormone of Pregnancy

Understanding the Causes of Failed IVF

Can You Do Genetic Testing on Frozen Embryos?

What if my FSH level is normal but my AMH level is low?

When Egg Donation Is Recommended: Are You Talking to Us?